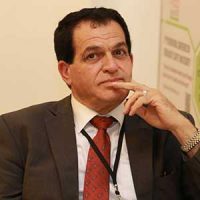 Professor Samih Abubaker is a farming systems and sustainability specialist. He was the Dean of the Faculty of Agricultural Technology at Al-Balqa` Applied University in Jordan from September 9, 2012 to September 7, 2016. He has over 30 years of experience in vegetable production, farming systems, sustainability, resources management, food security and poverty reduction. He received several short visits to universities around the world as a visiting fellow on teaching and development issues. Example universities include Rutgers, Washington State, Rostock, Technical Munich, Humboldt Berlin, and Bologna. He is an editorial board member and reviewer in several scientific journals, evaluator of mega research proposals for several national and international donors. Samih was a member of the Management Committee of the European Cooperation in Science and Technology (COST) Action FA 1105. He is serving as the chairman of the agro-environmental committee of the Jordan Society for Scientific Research (JSSR), a member of several national committees including organic farming, the national committee to oversee the school curriculum and others. He participated in more than forty international conferences and chaired the 11th Arab plant protection congress held in Amman, 2014. He has over sixty scientific publications and was awarded many prestigious medals and distinct shields for his outstanding contributions. Finally, Prof. Abubaker is always pleased to share knowledge and cultural integration to bring science and practice of sustainable agriculture a step forward. 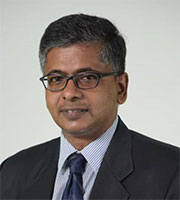 Siva earned his BS (Agronomy) and MS (Soil Chemistry) degrees from UPM in 1994 and 1997, respectively. In 1999, he was awarded a UPM scholarship to pursue a doctorate in Precision Agriculture at the University of Minnesota under the guidance of Prof Dr Pierre C Robert, who pioneered the development of Precision Agriculture in the USA and many other parts of the world. In September of 2003, he earned his PhD and began working as a Lecturer at the Department of Agriculture Technology, UPM. He was promoted to Senior Lecturer in 2007 and to Associate Professor in 2012.

Siva is a passionate teacher and researcher. His work quality is reflected in his teaching and research engagements and outputs. He has received encouraging scores in teaching evaluation by students (3-year average of 4.83 out of 5.00). He has brought in research grants in the amount of RM1,068,202 from nine (9) different projects over the past 18 years. He has authored/co-authored a total of seventy three (73) journal articles, forty five (45) proceeding papers, seven (7) book chapters and five (5) articles in professional magazines. He currently registers an Google Scholar h-index of 21. Additionally, he has two (2) copyrights and one (1) patent to his credit. He has also led twelve (15) consultancies and built several industry linkages as a scientific advisor/resource person.

The Scientific Committee consists of the experts in the field from many different countries in the world. The Committee Members evaluate your abstracts and provide insights to improve those further. According to the final decision given by them, you would be able to process further tasks for attending the conference.

If you would like to be considered to serve on the Scientific Committee, please submit the Official Reviewer Application.

Head of Department of Pharmacology and Toxicology University of Veterinary and Animal Sciences (UVAS), Out fall Road,
Lahore, Pakistan.

Be our Session Chair - >

Write to Ms. Kokila Hemakumara : kokila.h@tiikmedu.com with your short bio-data.

the 6th International Conference on Future of Women 2023